An Act to consolidate and amend the law relating to juveniles in conflict with law and children in need of care and protection, by providing for proper care, protection and treatment by catering to their development needs, and by adopting a child-friendly approach in the adjudication and disposition of matters in the best interest of children and for their ultimate rehabilitation. Whereas the Constitution has, in several provisions, including Clause (5) of Article 15, Clauses  (e) and (f) of Article 39, Articles 45 and 47 imposes on the State a primary responsibility of ensuring that all need of children are met and their basic human rights are fully protected :

And whereas, the General Assembly of the United Nations has adopted the convention on the rights of the child on the 2oth November 1989;

And whereas, The Convention on the Rights of the Child has prescribed a set of child victims, to the extent possible, without resorting to judicial proceedings;

And whereas, The Government of India has ratified the Convention on the 11th December 1992;

And whereas, it is expedient to re-enact the existing law relating to juveniles bearing in mind the standards prescribed in the Convention on The Rights of the Child, the United Nations Standard

Minimum Rules of the Administration of Juvenile Justice,1985 the united nations rules for the protection of juveniles deprived of their liberty and all other relevant international instruments

Be it enacted by Parliament the Fifty-First  Year of the Republic of India as follows:-
juvenile justice

In the context, the following further proposals have been made-

(i) to lay down the basics principles for administering justice to a juvenile or the child in the Bill;

(ii) to make the Juvenile  system meant for a Juvenile or child more appreciative of the development needed in comparison to the criminal justice system as applicable to adults:

(iii) to bring the Juvenile law in conformity with  the United Convention on the Rights of the Child ;

(iv) to prescribe a uniform age of eighteen years for both boys and girls ;

(vi) to spell out the role of the State  as a facilitator rather than doer by involving voluntary organizations and local bodies in the implementation of the prposed legislation.

(vii) to create special juvenile police units with a humane approach through sensations and training of police personnel:

(viii) to enable increased accessibility to a juvenile or the child by establishing Juveniles Justice Boards and Child Welfare Committees and homes in  each district or group of districts;

(ix) to minister the stigma and in keeping with the development needs of the Juvenile or the child, to separate the Bill into two parts – one for the juveniles in conflict with the law and the other for the Juveniles or the Child in need to care and protection ;

(x) to provide for effective provisions and various alternatives for rehabilitation and social reintegration such as adoption, foster care, sponsorship, and aftercare of abandoned , destitute , neglected, and delinquent juvenile and child.

The Bills seeks to repeat and re-enact the Juvenile Justice Act, 1986 (53of 1986) with a view to achieving the above objects.

(1) This Act may be called the Juvenile Justice (care and protection of children ) Act 2000,

(2) It extends to the whole of India except the State of Jammu and Kashmir.

(3) It shall come into force o such date as the Central Government may, by notification in the Official Gazette, appoint.

(4) Notwithstanding anything contained  in any other law for the time being in force, the provisions of this Act shall apply to all classes involving detention, prosecution, penalty, or sentence of imprisonment of juveniles in conflict with law under such other laws.

Continuation of inquiry in respect of juvenile who has ceased to be a Juvenile.

Where an inquiry has been initiated against Juvenile in conflict with Law or a child in need of care and protection and during the course of such inquiry the Juvenile or the child ceases to be such, then,  notwithstanding anything contained in this Act or in any such other Law for the time being in force, the inquiry may be continued and orders may be made in respect of such person as if such person had continued to be a Juvenile or a child .Juvenile In Conflict With Law

Juvenile Justice Board – Notwithstanding anything contained in the Code of Criminal Procedure, 1973 (2 of 1974) the commencement of the Juvenile Justice  ( Care and Protection of Children)Amendment Act, 2006, by notification in the Official Gazette, constitute for every district one or more Juvenile Justice Board for exercising the powers and discharging the duties conferred or imposed on such Boards in relation to juveniles in conflict with law under this Act. 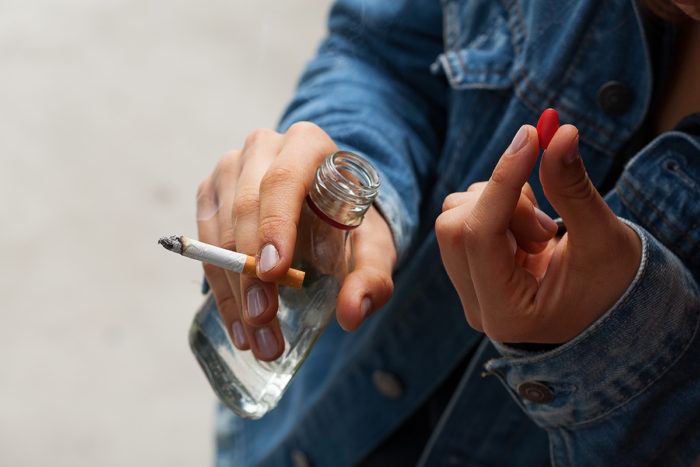 {4} The terms of Office of the members of the Board and the manner in which such member may resign shall be such as may be prescribed.

{5} The appointment of any member of the Board may be terminated after holding an inquiry, by the State Government,

{i} he has been found guilty of misuse of power vested under this Act,