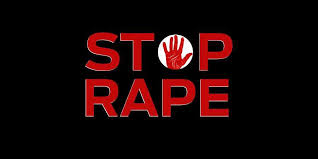 Section 376 & 420 – Rape and Cheating -Plea of consent – Petition to quash proceedings – Matter is under investigation and police is yet to file charge -sheet -Specific allegations in the complaint that complaint was not willing to have sex with accused and she was induced which prima facie shows that matter requires investigation- Petition dismissed.

If acts such as penetration of finger or any inanimate object into vagina or anus are committed against a woman or a female child, the provisions of the proposed Section 354 IPC whereunder a more severe punishment is also prescribed can be invoked and as regards the male child, the penal provisions of the IPC concerning ‘hurt’, ‘criminal force’ or assault’ as the case may be, would be attracted. A distinction has to be naturally maintained between sexual assault/use of criminal force falling under Section 354, sexual offenses falling under Section 375 and unnatural offenses falling under Section 377 of the Indian Penal Code. It may not be appropriate to bring unnatural offenses punishable under Section 377 IPC or mere sexual assault or mere sexual use of criminal force which may attract Section 354 IPC within the ambit of ‘rape’ which is a distinct and graver offense with a definite connection. It is needless to mention that any attempt to commit any of these offenses is also punishable by virtue of Section 511 IPC. Therefore, any other or more changes regarding this law may not be necessary.”

The other aspect which has been highlighted and needs consideration relates to providing protection to a victim of sexual abuse at the time of recording this statement in court. The main suggestions made by the petitioner are for incorporating special provisions in child sexual abuse cases to the following effect :

(i) permitting the use of a videotaped interview of the child‘s statement by the judge (in the presence of a child support person).

(ii) allow a child to testify via closed-circuit television or from behind a screen to obtain a full and candid account of the acts complained of. 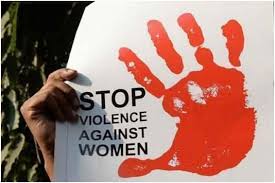 Ms. Meenakshi Arora has referred to a decision of the Canadian Supreme Court in Her Majesty The Queen, Appellant v. D.O.L., Respondent and the Attorney General of Canada. Etc., [1995] 4 SCR 419. wherein the constitutional validity of Section 715.1 of the Criminal Code was examined.

1 unconstitutional on the ground that the same contravened Sections 7 and 1  of the Canadian Charter of Rights and Freedoms and could not be sustained under Section 1. The Supreme Court took note of some glaring features in such type of cases viz. the innate power imbalance which exists between abuser and the abused child; a failure to recognize that the occurrence of child sexual abuse is one intertwined with the sexual abuse of all women, regardless of age; and that the Court cannot disregard the propensity of victims of sexual abuse to fail to report the abuse in order to conceal their plight from institutions without the criminal justice system which holds stereotypical and biased views about the victimization of women.

The Court accordingly held that the procedures set out in Section 715.1 are designed to diminish the stress and trauma suffered by child complainants as a byproduct of their role in the criminal justice system. The “system-induced trauma” often ultimately serves to revictimize the young complainant. The Section was intended to preserve the evidence of the Child and to remove the need for them to repeat their story many times. It is often repetition of the story that results in the infliction of trauma and stress upon a child who is made to believe that she is not being believed and that her experiences are not validated.

The benefits of such a provision would have in limiting the strain imposed on child witness who is required to provide detailed testimony about confusing, embarrassing, and frightful incidents of abuse in an intimidating, confrontational, and often hostile courtroom atmosphere.

Another advantage afforded by the Section is the opportunity for the child to answer a delicate question about the abuse in a more controlled, less stressful, and less hostile environment, a factor which according to social science research, may drastically increase the likelihood of eliciting the truth about the events at hand. The videotaped testimony enables the Court to hear a more accurate account of what the child was saying about the incident at the time it first came to light and the videotape of an early interview if used in evidence can supplement the evidence of a child who is inarticulate or forgetful at the trial.

The Section also acts to remove the pressure placed on a child victim of sexual assault when the attainment of “truth” depends entirely on her ability to control her fear, her shame, and the horror of being face to face with the accused when she must describe her abuse in a compelling and coherent manner.

The Court also observed that the rules of evidence have not been constitutionalized into unaltered principles of fundamental justice. Neither should they be interpreted in a restrictive manner which may essentially defeat their purpose of seeking truth and justice.

Rules of evidence, as much as the law itself, are not cast in stone and will evolve with time. There Court accordingly reversed the judgment of the Court of Appeal and upheld the constitutionality of section 715 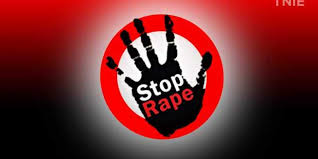