What is a Domestic Relationship?

Section 2(f) of the DV Act defines “domestic relationship”, extending its ambit to “relationship in the nature of marriage” and thus extending its protection to women whose marriage are invalid or void under law, or who haven’t gone through a formal marriage with their partners (live-in relationships) but are otherwise as good as a married couple.

What is the Difference between Live-In relationships and Relationships in the Nature of Marriage? 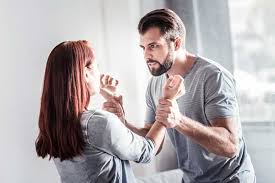 Marriage:
The legal union of one man and one woman as husband and wife, united in law for life, or until divorced. The word also signifies the act, ceremony, or formal proceeding by which persons take each other for husband and wife.

Divorce:
The legal separation of husband and wife, effected by the judgment or decree of a court, and either totally dissolving the marriage relation, or suspending its effects so far as it concerns the cohabitation of the parties.